A few weeks back, The Hubs and I took the afternoon and went to Laumeier Sculpture Park here in St. Louis. It’s a beautiful park, full of modern sculpture and walking trails. Since the 1980s, the largest sculpture, Liberman’s “The Way,” has been the symbol of the park itself. 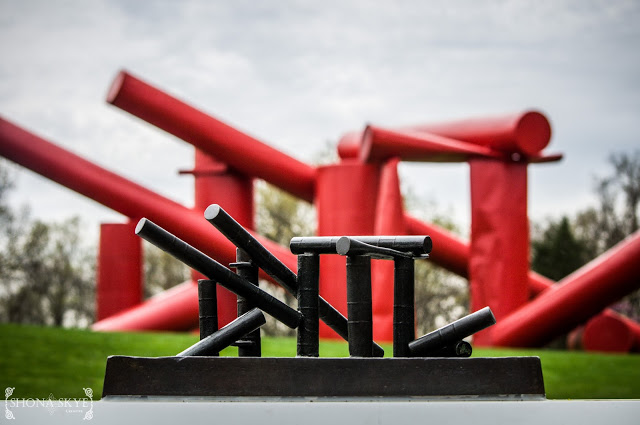 Constructed from eighteen oil tankers, the sheer size and scope of the sculpture is overwhelming and breathtaking. Its design is to invoke reminiscences of old temple ruins and the red color is to invoke Russian beauty. This is all explained in the nearby plaque and miniature on the podium nearby, which gave me the idea for the above shot.

Here’s another shot, which will give you an idea of the scale of the piece. 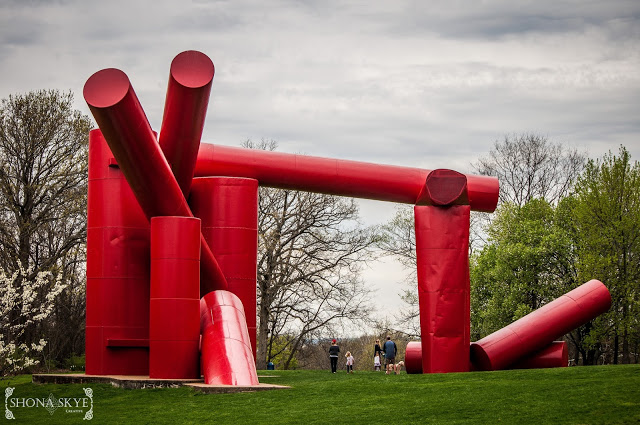 That’s three adults, two children, and a dog standing directly beneath the massive crosspiece of the structure. It’s really kind of mind-boggling coming up on it over the hill.

I used to come to this park quite a bit when I was in college, which was just up the road from the park. I was taking photography and I used to photograph it even back then. It’s still is pretty amazing, even after all these years. 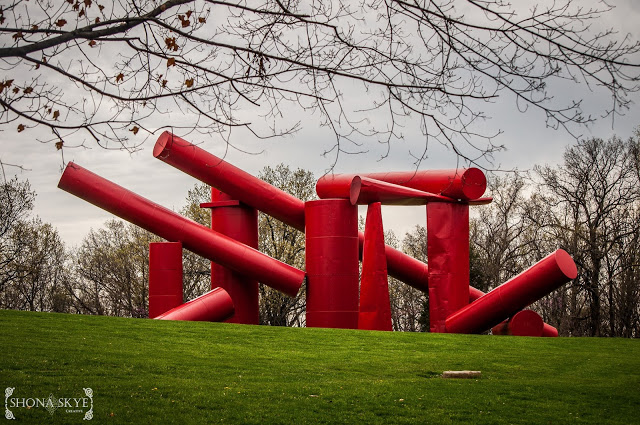