This is made from a picture I took last summer and decided to turn into an art piece. It’s just outside the Missouri Botanical Gardens’ Japanese Garden. I took several, but this lent itself to creatively blowing out that section you can see through the opening and going for a soft, dreamlike feel… 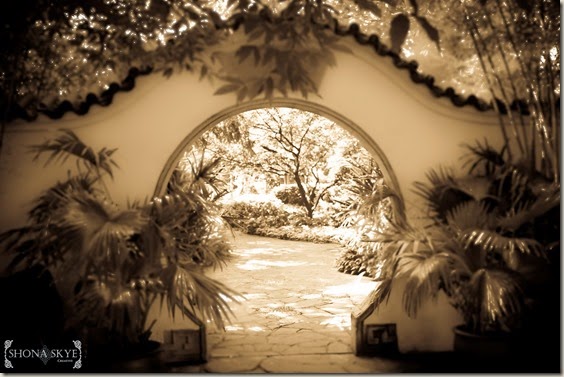 I am, as you know, a huge fan of classic film and silent film. And it’s a real treat to see a very old foreign film. It wasn’t just the United States making early films, you know!

It was those films that I was envisioning in my head as I worked on this picture. Many of the foreign films of that era were highly experimental, frequently using soft focus, creative lighting, variable depths of field, and dreamlike sets.

This will eventually be on the Etsy site as an art piece, as opposed to a simple mat and frame. I was looking there earlier and I have to replenish my offerings! Yikes! I’ll get to work on that just as soon as it’s warm enough to venture back into my freezing workshop. LOL