Hi, gang!! I’m so so so so so glad it’s Friday. I mean, like, really, really glad. I could weep with joy glad. I got our taxes done, finally, which I can never do early enough for me, because I’m terrified of the IRS to an irrational extent. Like phobic. I hate math and I stink at it. And to have an entire government agency scrutinizing my math skills, with possible repercussions, is enough to send my stress levels into the stratosphere. LOL I quit doing them myself and just pay to have them done now. Starting every January 1st, I’m literally restraining myself from calling main offices, going, where are our freaking W-2s?!?! LOL

Anyway, it’s time to turn this over to Chad for some movie chit-chat! So, let me pass this hot potato and get to the flick! It’s time for the… 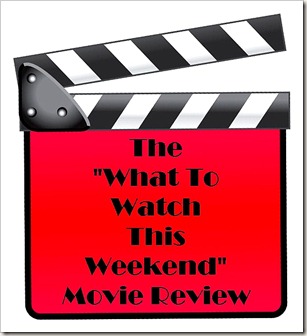 No Country For Old Men

Hi, everyone! Well, the Oscars are approaching later this month, so I thought I’d review a best picture throwback, to get us all in the mood. And this is a great one. 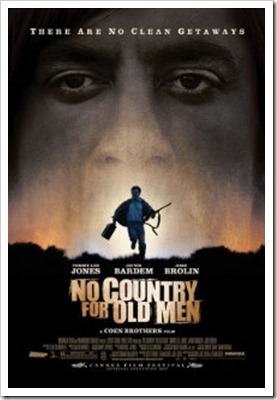 A hunter comes across the aftermath of a drug deal gone very, very wrong. He finds several bodies and a few million dollars. An assassin is hired to retrieve the lost money. This is no ordinary assassin and an incredible trail of corpses seem to follow him where ever he goes. Meanwhile, the other party in this drug-deal-gone-bad are also pursing the funds and are trying to locate our hunter. After a bloody pursuit, which spans two countries, their paths finally cross. And the film ends as amazingly as it started.

It was no shocker that this film took Oscars’ top honor. I mean, this cast and crew is just insane! Jones, Bardem, Brolin, Harrelson, and directed by the Coen brothers (now siblings). Some would say that this is their best work. You think Bardem is a great villain in the new Bond film? Check him out in this movie, if you haven’t already.

(Kristy: Honestly, this is an all-time epic performance. Bardem is beyond terrifying and iconic as the bad guy in this movie.)

I think it’s fair to say, this was a shoe-in for best picture in ’08, despite there having been some other really great films in the running, as well. “No Country” received 8 nominations overall.

SPOILER ALERT:
And, if you think about the movies that were winning in that timeframe (No Country, Crash, The Departed, etc.) the cookie cutter “everybody lives happily ever after” endings, were not among them. This film’s ending is shocking, unexpected, and completely stellar, but it’s sure to upset a few.

Kid Friendly: NOT! Very intense violence and gore. Some very strong language, as well. Older, mature teens will be OK. I would say no younger teens and definitely no kids.