Hi, dolls! You know, I’m always glad to see Friday roll around, but I’m extra-super-duper glad to this one! This is been “one of those weeks” in spades! It’s just been a frustrating, one-step-forward, two-steps-back kind of week. Plus, The Hubster is taking the day off work. He has to be in at the dentist’s office this morning to finish up his root canal and to see how long the dentist will let him push off the other dental work he needs done. So I’m hoping he comes home from the dentist ready to enjoy three days off and not crabby. LOL

Since I’m going to be spending the day with my honey, I’m going to pass this off to Chad, will another pre-Oscar-edition WTWTW movie review! 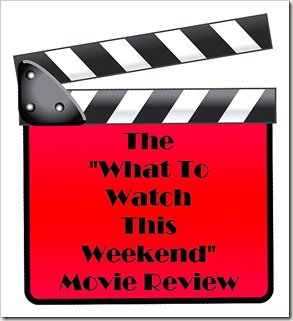 Have a great weekend, everyone and take it away, Chad!

Hello, all! I’m Chad and I’m happy to be here again this week. In keeping with my prep for the upcoming Academy Awards, I decided to watch another past winner that is considered a true classic. I got a film critique book for Christmas, so I’m figuring that I should get familiar with some of the older films that I’ve missed. So, for this week’s selection, I’m hoping to bring you a film that you may be unfamiliar with, as well!

The Bridge On The River Kwai 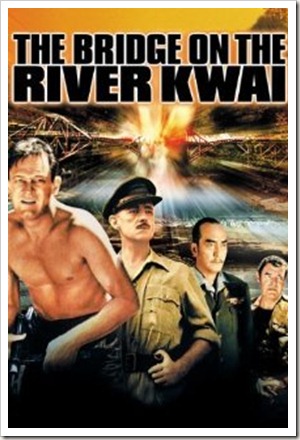 A group of British prisoners are sent to a Japanese work camp in 1943, during WWII. Led by their colonel, the men do not give in to the cruel laborious treatment of the enemy. The Colonel proves to the Japanese that being a civilized human comes before everything else. However by the time the point is made, the Colonel, unknowingly, has succumbed to the torture of the Japanese commander.

Well, once I again I wanted to go down the “former best picture” road. This 1957 winner was chosen to put a smile on the faces of those who have seen it in the past and, also, to hopefully bring it to the attention to a younger crowd.

This is film a film about war, honor, madness and humanity.

“Bridge” has a spectacular location, camerawork, casting, writing, plus it has a very old timey score that you just don’t get in modern movies. This film seems SO believable! The jungle scenery is just incredible. I’m not familiar with the other nominees in 1957, but my guess is this film won easily. Sir Alec Guiness is the man! This is the first film I’ve seen him in besides his most famous role. Yes, that’s right, young guns, this film stars Ben “Obi-Wan” Kenobi!!!

I really enjoyed it the entire movie. There is total suspense with the colonel’s torture and then, right when you realize he has almost lost, and he tries to SAVE the bridge. And Alec, he has that same strong will and nobility as you see in his portrayal of Obi Wan. Amazing actor!

Any downsides? To be honest, not really! It’s a long movie and you might feel it a little at the 2 hour mark. There are some treks through the jungle that seem drawn out, but I think that’s just to help the viewer get a feel for the injured soldiers being forced to make the trip.

Kid friendly: Sure. However, a lot of kids won’t understand much of it. Very mild violence (it is 1957)