Hi, my lovelies! Did you have a wonderful Valentine’s Day? Did you pig out on chocolate? Do you want to choke your significant other for putting delicious chocolate turtles in front of you for Valentine’s Day, thereby basically forcing you to eat every bit of their pecan-caramel-chewy goodness? Oh, is that just me? Oops…

OK, while I go dig out a pair of fat pants and berate myself for having a complete lack of self-control, Chad is here with another awesome review for you and no guilt at all (damn him) because he celebrated a chocolate-free Single Awareness Day. 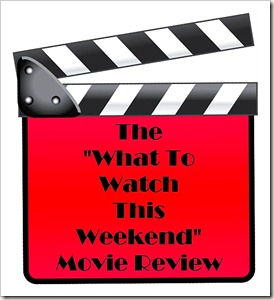 So, I’m turning you over to Chad now, because this fat pants thing is gonna get ugly! LOL Have a great weekend, y’all!

Hey, everyone! Happy Friday and I’m glad to be back with you for another movie review! I’m continuing to ramp up to the Academy Awards with some looks back at past winners and, this week, we have one of the best in the past two decades! 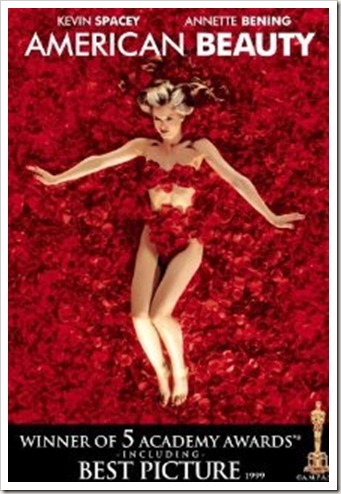 Lester Burnham leads a normal suburban life. Perfect wife, child, job, SUV –  he’s living the dream. The problem is, he desperately wants to wake up from it. On the verge of a mid life crisis, Lester finds himself attracted to his teenage daughter’s friend. Luckily for Lester, this gives him the motivation to turn his whole life around. His work, family, and psyche are completely changed. Beauty is in the eye of the beholder and, to Lester, life just got beautiful. With Lester’s change of heart, the lives of his wife and daughter radically change as well. For better? For worse? Again, beauty is in the eye of the beholder.

This movie is a must see. 8 nominations, 5 wins. Probably Kevin Spacey;s biggest role. Annette Bening was great, I don’t know why we don’t see more of her. Spacey’s character, Lester Burnham, realizes half way through his life what’s important about it. He takes charge and decides to live life on HIS TERMS and we can all learn a lesson from him. (There is one scene where he almost quotes Fight Club’s Tyler Durden, but no rip off here, as both movies came out in ’99, I believe.) As indicated by the Academy Award nominations, this was the best movie hands down in 1999. As a Stephen King fanatic, I’m partial to The Green Mile, which came out that year, as well, and was awesome, but even I’ll admit, it was not as good as Beauty. And I’m still outraged Fight Club didn’t even get nominated but, again, Beauty still would have deserved the win. Once again, for the types of movies that were winning the big awards during the ’90s, the ending here follows suit with the “non-cookie-cutter” theme that dominated the era.

I don’t have really any real issues with the film. Bening’s performance was outstanding, but there could of been a touch more depth to her character. There is some pricing of marijuana that is just not even remotely believable. I’ve read some reviews of other people that have a problem with how homophobia is portrayed. I didn’t, though. It’s an isolated incident with an isolated character, so it’s not really possible to cover a broad scope there.

Kid friendly = No. Mid life crisis, raising a suburban family, forbidden attraction – these aren’t exactly things a lot of children could or should understand. Also, there is some drug use (booze and pot), swearing (of course). There is some brief nudity, also, and the two actresses were 18 during filming, but were portrayed to be 16 in the film. I have to admit, that just kinda felt weird.