Hi, there, my darlings!!! I’m so thankful you all stuck with me for my series on bullying. I know it’s out of my niche a bit, but since I’m me and I’m actually really horrible at sticking to niches, it was something near and dear to my heart. I hope you remember, you are free to share any or all of it if you think it would be helpful to someone. 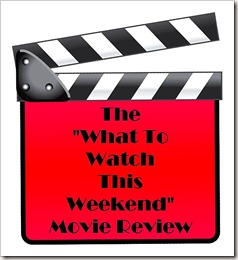 But, now, let’s lighten the tone a bit! I know I’m ready! Are you? Excellent! I’m gonna kick back and grab a cuppa, while I turn you over to Chad, who’s got a movie this week I’m dying to see! (I even know what I’m secretly hoping he’ll review for next week already!) Have a great weekend!

Hi, everyone! Glad to be back with you again with another movie review and I have a fun one for you this week. 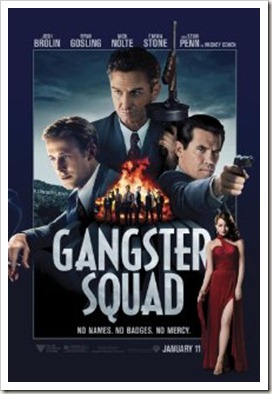 Los Angeles, CA 1949: Based on a true story. The ruthless gangster Mickey Cohen has taken over the city of LA. He has every police chief, judge, and gangster in his pocket and he’s going to try to expand as far as his ambition will allow. Since nothing legally can be done to stop him, due to him “owning” the system, a group of off-the-record police officers decide take the law into their own hands. When the squad is together, they are not cops and they do not make arrests. There is no satisfaction to be had except for the pleasure of driving Cohen out of town. But, what can a group of rogue cops, led by two determined sergeants, do against a mob boss and his army?

I saw previews and wanted to see this. Then, I read the reviews and I cringed. But, I decided to see it anyway. It’s basically what I expected at first. I had a lot of fun with the movie. Brolin is solid and Gosling’s character is someone that men find funny and women just adore. Stone and Penn turn in good performances as well. Now, the film has a few flaws and I can see why critics don’t like it (for example, there does seem to be a tendency to have characters just show up in the right place at the right time), but it’s not as bad as the rap it’s getting. I mean, it is a goofy gangster movie – keep that in mind. But, have some fun with it! I don’t know if it’s worth spending the bucks for theatre tickets, but it’s worth a rental fee for a fun movie night at home.

Kid friendly – No. Pretty graphic violence – GANGSTER style violence – and some swearing. If you have a mature teen, should be fine. No kids under that.