Today, we are going to look at who tends to be the target of bullying. We can all picture the victim in our minds’ eye – small, socially awkward, maybe not interested in the popular sports or activities of the day. But, did you know some of our actions as parents may make a child more likely to be the target of a bully, as well?

Surprisingly, children who risk being a victim are similar in many ways to those who may become bullies and, in some cases, they may become a combination of both bully and victim themselves. Some characteristics of victims can include:

It’s actually not uncommon to find that victims can turn into Bully-Victims themselves, when they can identify another target to transfer their anger and pain on. Bullying is a behavior that perpetuates itself over and over again, whether it begins at home or because of being the target of a bully at school.

We don’t want to have our children pretend to be something they aren’t. Who they are, including their interests, likes and dislikes, are to be supported and accepted. What we want for our kids is to have the strength and self-confidence to be able to be proud of themselves and confident enough to deter a bully from making them a target.

Why don’t victims just speak out?

Fear of retaliation – Bullies will often threaten their victim that if they open their mouths, things will get worse. Also, they may fear that if they get their bully in trouble, the bully will retaliate when no one is looking.

They think they are at fault – Hey, every day these kids are being picked on and told how awful they are. They see other children getting along and having fun. They may perceive that they are the problem, because they don’t have the right clothes, activities, friends, or appearance. When we are looking for an explanation for our hurt, any explanation is better than no explanation.

They think the adults won’t understand or can’t/won’t be able to help – They know adults aren’t always around and feel that the bully won’t listen to the adults. They don’t see any way for an adult to impact the situation effectively.

They have already told a adult and no action was taken – This happens more often than you might think. A child may tell Mom or Dad what happened at school and Dad might dismiss it as part of growing up or Mom might tell the child “You’re tough! You can handle it!” thinking she is being encouraging, when, in reality, she is reinforcing the child’s inner belief that they aren’t as strong as they should be or will disappoint Mom or Dad by not being able to handle it.

If we don’t connect with and protect our children in meaningful ways, how can we expect them to trust us when something happens? 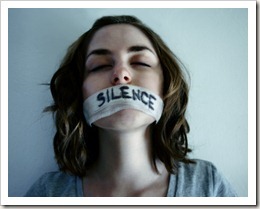 We can’t shield our kids from every bad thing in the world. Number one, it’s not possible. But Number two is also important – that without learning the tools and having the success of handling a situation on their own, they can’t grow and have faith in themselves and their abilities.

Our job is to give them the tools they need, but to not fight the battles, unless absolutely necessary. By keeping the lines of communication open, hearing what they are telling us, and working on some concrete ideas of how to deal with specific scenarios, we can give them those tools. There are loads of resources and websites that can help us do just that.

But, it’s never enough to say, “You’re tough. Ignore it and they will leave you alone.” It doesn’t work and it gives them no plan of action or feeling of support.

As parents, we have to be careful to walk that line between supporting our kids and taking over when they have a problem. When a situation is beyond their capabilities, we absolutely must get directly involved. But if that is our first resort, we are denying them the chance to be successful and strong when standing up for themselves.

Tomorrow: The Impact of Bullying on our Society and What We Can Do

6 thoughts on “A Frank Conversation about Bullying – Who is a Victim?”