Hiya!! Did everybody work hard for the weekend?! (Now that song is going to be running through my head all day! LOL) I gotta say, I’m SO glad to see an end to this week! Buh-bye already! 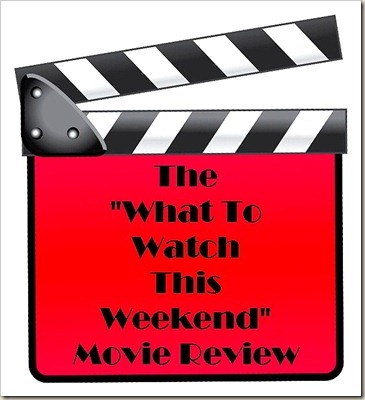 I’m really excited about Chad’s movie pick this week! I’ve been wanting to see it and this is one of those movies I like to reserve to go with the entire family to see! Problem is, getting everyone off work at the same time is next to impossible! 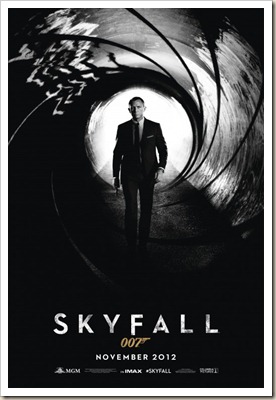 Skyfall’s November release date coincided with the Bond franchise’s 50th anniversary and, in Daniel Craig’s 3rd appearance as the lethal secret agent, James Bond is back in full force. MI6 has come under attack. A piece of M’s past has come back to haunt them all. As always, it’s Bond’s job to eliminate that threat. (And with the addition of Q, Bond has some sweet gadgets to help him in that endeavor.) However, this adversary proves to be unlike any of Bond’s previous villains. This one can think from the inside out and seems to always be one step ahead of our favorite British spy. Bond’s loyalty to M is put to the test and he hopes the ones he can trust are the same ones he is trying to protect.

Of the Craig installments, I feel this is probably the best of the three. I can’t give it to “Casino Royale” because, as awesome a movie as that was, it’s still just the beginning stages of what’s to come for Bond. “Quantum of Solace” was just over-the-top, in my opinion. But, this film finds its stride quickly and delivers great action, writing, and, I felt, a guideline of where this Bond era started and where it’s going. For the third time in a row, a simply great opening theme, with Adele doing the honors with a killer song.

There as been a ton of hype about this movie. Is it the BEST Bond? Is Javier Bardem the BEST villain? Personally, I can’t say that decisively. I haven’t seen them all! But, in my opinion, there is enough here making both conjectures quite plausible.

Craig is certainly at his best, as are the special effects. (Fun fact – the director intentionally put “The Dark Knight Rises” references in!) The action sequences are not over the top or unnecessary. They are fully in keeping with the plot line and are a natural progression of the chain of events happening onscreen.

Is Bardem the best villain? In one sense, he absolutely is. He knows everything MI6 knows and more. In my opinion, he is certainly the smartest villain. We’ve all seen “No Country For Old Men,” right? Javier can play a demented villain better than. . . well, better than most people, truth be told. He’s no Jack Nicolson, but I’ll absolutely toss him in the same ballpark.

Child friendly – I think so, within the PG-13 purview. As with any Bond film, you know there is going to be some violence and, of course, the assumption that some love-making is going to go on, but there is nothing overtly graphic here.

If you are a fan of the Bond franchise, this is an absolute “must-see” at the theatre. If you are just casual movie goer, I still think it’s well worth the money to see this on the big screen.

And one very important thing with an ongoing series – it leaves me definitely looking forward to the next one!