I don’t do politics on this blog. Don’t get me wrong. I love a good political debate and I’m pretty active, politically, too. But, normally, this blog is about my other passions. However, I have a couple of things to say to what I’ve seen in my social media this morning, so I’m making an exception. 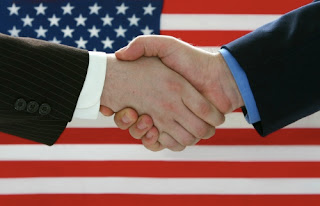 Thank you to the few who have expressed a need for unity and acceptance to those who voted differently – both sides.

To those who are expressing their disgust for “those people” who voted differently – shame on you. You aren’t a Patriot. You aren’t the solution. You are the problem. You don’t have an exclusivity on what makes America America. The other side isn’t stupid, they aren’t somehow less American than you. Shutting the “losing” side out or forcing government gridlock doesn’t speak well for you or your party of choice. It’s unAmerican.

Mr. Romney made, in my opinion, a *very* American concession speech last night. It was excellent. He expressed a need for unity, for working together, for wishing success for the President, and for an effort to come together for the betterment of all of us. No party has all the answers. This country was founded on debate and compromise – not on theocratic doctrine enforced on everyone because it’s what *you* believe. That’s not Christian, IMHO, and it’s not American. Listen to the man you voted for.

The President expressed the same sentiment. It’s not a time to act like “you showed them.” It’s a time to be come together and work together. All the problems haven’t been solved by casting one vote. Some problems haven’t even been addressed yet. If you think that you can learn nothing by listening to opposing ideas and can just rest on your perceived victory, you don’t understand this country, either. Listen to the man you voted for.

Hate and derision has never changed one heart or one mind.

Can we now return to actual issues? It’s time to end the Cult of Personality.

(I would love for you to come back to visit, so please SUBSCRIBE using one of the buttons I have up there at the top on the right. And be sure to find me on Facebook and Twitter, as well!)

6 thoughts on “Thoughts On Our Country”