Hi, guys!! I’m excited to kick off a new weekly feature I’ll be hosting every Friday! Welcome to The “What To Watch This Weekend” Movie Review! 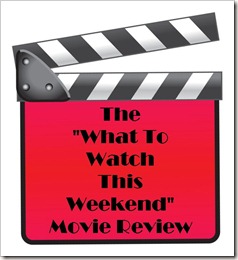 Every Friday, I’ll be posting a movie review from my new resident Movie Guru, Chad. It might be a new-to-theaters release or may be a new-to-DVD release. It might even be a hidden gem that didn’t enough attention when it came out. Hopefully, though, you’ll find some titles that you can kick back and enjoy over the weekend! 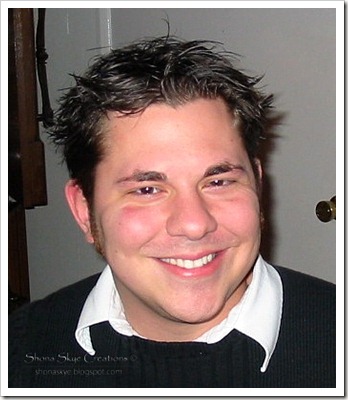 Before we get started, though, let me introduce you to your reviewer, Chad! That is Chad. Isn’t he cute?

Chad loves movies and has actually been writing reviews on movie sites and Facebook for a long time. He’s incredibly honest and fair. No matter how much he wants a movie to be good, if it’s a stinker, he’s going to tell you. He pays attention to the acting, writing, directing, cinematography – he loves it all! He’ll also let you know if the movie is good for the whole family, just the adults, if it’s OK for the older kids, but not so good for the little ones, or if it’s one that’s just not worth anyone’s time.

(Full disclosure – there’s a little nepotism here, as well. He’s my brother, so if he tells me a movie is suitable for my daughter, I know I can take that to the bank.

So, now, let me pass the reins over to Chad for his inaugural review! 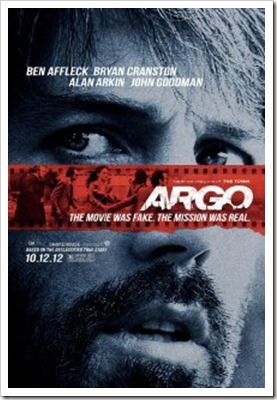 Very intricate plotline. Based on real events, the film takes place during the Iran Hostage Crisis, in which 52 Americans were taken hostage on November 4, 1979 and held until January 20, 1981. However, six managed to escape to the Canadian ambassador’s residence in Tehran and the CIA is instructed to get them out of the country. Tony Mendez (Affleck) is an exfiltration expert and eventually devises a plan to pose as a Canadian film crew scouting locations for a science fiction movie called Argo. With the help of some trusted Hollywood contacts, he promotes his fictional film in Variety, holds press events, and even has casting calls – all to provide a verifiable backstory so he can head off to Iran and rescue the six stranded Americans. But, the Iranians are getting close to the truth and the White House, not to mention his charges, are having serious doubts about his plan. As a bonus, there is a great commentary by President Jimmy Carter, president at the time of the hostage crisis, during the ending credits.

“The Town”, Affleck’s sophomore directorial effort, surprised me, but I’m totally on the Ben Bandwagon now. This was an outstanding film! As it is based on real events, I have to say, it’s is the most enjoyable history lesson I’ve ever had. Great drama, plenty of tension and suspense, and some comic relief, as well.

The entire cast is stellar: Way to make a comeback, John Goodman! Alan Arkin was great – a Best Supporting Actor nod wouldn’t shock me in the least. He was that good!

This is not a movie for the kiddos, though. It may be fine for mature teens. There is no hardcore sex or hardcore drugs, but some of the scenes are quite violent. Great movie for a date night or to see with friends who like intelligent, suspenseful fare.

Academy Awards Best Picture nominee this year for sure, in my honest opinion. GO SEE IT at the theatre, if you can, or grab it the minute it comes out on DVD/Blu-Ray.

9 thoughts on “New Feature! “What To Watch This Weekend” Movie Review!”